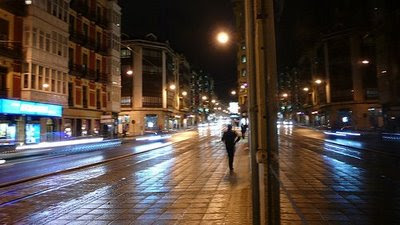 For u am running

For u am running.. For all am running (x2)
Though my body aches if I trip and fall.. got what it takes to stand up tall (x2)
Just believe in me with your will I reach the sun.. Put ur strength in me with ur heart and soul I run(x2)
I run.. I run..
Ferran Canet, que vive en Beirut y tiene un blog muy interesante (en catalán) intentará mandarme alguna foto de la carrera y sus impresiones, aunque no se ha animado a correrla. ¡Qué lástima!
Publicado por Marc Roig Tió en 13:38 2 comentarios: 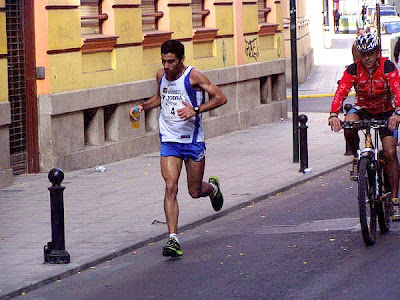 Rock'n'Roll marathon and half 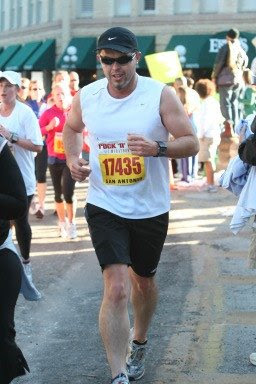 21 November 2008 – Addis Ababa, Ethiopia - Many foreigners who have come to the Ethiopian capital Addis Ababa and taken part in various road races including the Great Ethiopian Run, an annual international 10km road race, will tell you that it is not just any other race.

Apart from the unique atmosphere created by the mass participation field, which are all clad in the same-coloured T-shirt, the city, which is located at 2400m above sea level, does make both training and running races 5km and upwards a very difficult endurance exercise.

There is little surprise therefore that the winners of the men’s and women’s races in the last seven years of Africa’s largest road race have all been Ethiopian. In fact, Kenyans Nathan Naibei (men’s race in 2005) and Caroline Chepkurui (women’s race in 2006) are the only non-Ethiopians to have earned a top three finish.

This year’s field will again feature a host of young Ethiopian runners hungry to launch themselves onto the international stage and preserve Ethiopian dominance of the race.

The elite men’s field sees the return of former champions Gebregziabher Gebremariam (2002) and Deriba Merga (2007), a host of young Ethiopians, and perhaps the strongest foreign challenge in the history of the race.

In 2002, Gebremariam, who was coming off his final junior year, beat another then little-known Kenenisa Bekele and Sileshi Sihine in one of the most exciting races in the history of the Great Ethiopian Run. That performance came on the back of a World junior cross country title in Lausanne, Switzerland and a World junior 10,000m title in Kingston, Jamaica.

While his conquests have gone on to collect four Olympic, 10 world championship, and many other major championship medals between them, Gebremariam’s career hasn’t quite lived up to expectation with double silver in the 2004 World Cross Country Championships and an African 10,000m title earlier this year on home soil being his better-known achievements in a five-year senior career.

However, Gebremariam has already proven that he is a force to be reckoned on the domestic circuit with and his three-year experience - he also finished second in 2003, but failed to finish in the top ten in 2001 - could be an advantage against his relatively-younger compatriots.

Like Gebremariam, Deriba Merga, who was the winner in 2006, makes a return to the Great Ethiopian Run. Since his run-away victory two years ago, Merga added an All-African Games half marathon title in 2007; finished fourth in the 2007 World Half Marathon Championships; and was just beaten out of a podium finish in the 2008 Beijing Olympics Marathon by compatriot Tsegaye Kebede.

But Merga is an athlete on form having won the 2008 Aircom New Delhi Half Marathon in India in 59:16, a PB. He will be using the 10km in Addis Ababa as a speed test for a spring Marathon.

Unlike previous years, there is no shortage of foreign challengers to the Ethiopian dominance in the Great Ethiopian Run. Leading the foreign challenge is Britain’s European Cross Country Champion Mo Farah. The 26-year old Somali-born runner has given himself the best chance of countering the Ethiopian challenge by spending around six weeks in Addis Ababa to prepare for the race.

“My training is going well,” remarked Britain’s number one distance runner. “Being in Ethiopia among the world’s best runners has been a big experience for me. I am looking forward to competing on Sunday.”

He will be joined by training partners - Swedish steeplechaser Mustafa Mohammed, Frenchman Jean-Marc Leandro - while the presence of Kenyan duo of Gilbert Yego and Raymond Tanui will also make the race another battle between Ethiopia and Kenya.

Unlike the competitive men’s field, the women’s field is expected to be dominated by All-African 10,000m champion Mestawet Tufa who is in the form of her life after missing the World 15km record in Njimegen last weekend by just two seconds.

The foreign challenge comes from the Kenyan duo of Valentine Kipketer and Joyce Kandia.

Three-time world Heptathlon champion Carolina Kluft is back in Ethiopia as a VIP Guest which includes 1987 world 110m silver medalist John Regis, who is now a race director for the British Grand Prix in London (Crystal Palace) and Peter Connerton, race director for the Standard Chartered Dubai Marathon, which of course will be Great Ethiopian Run Race Director Haile Gebrselassie’s next full marathon race in January 2009. 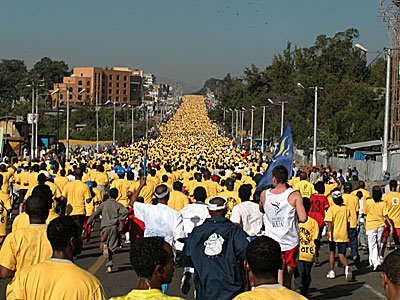 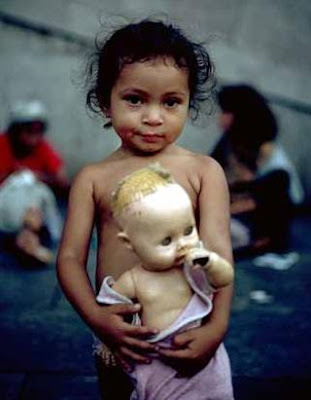 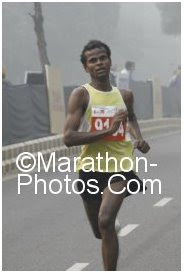 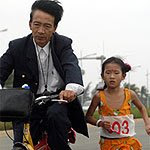 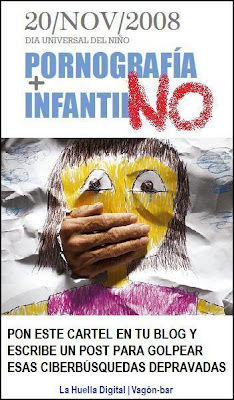 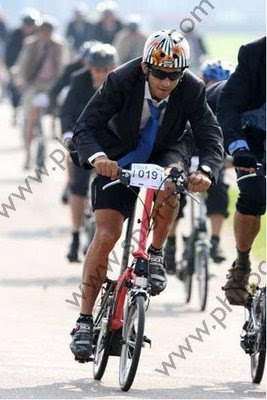 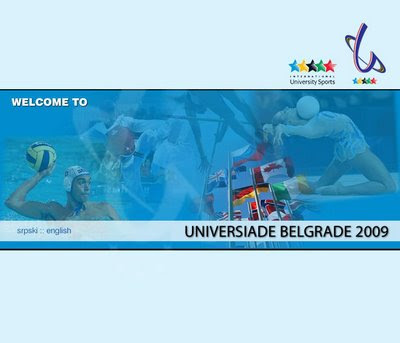 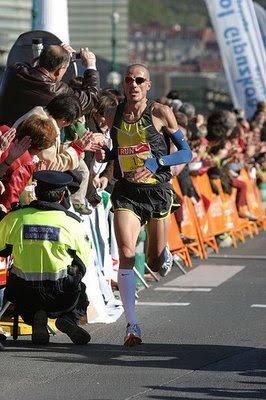 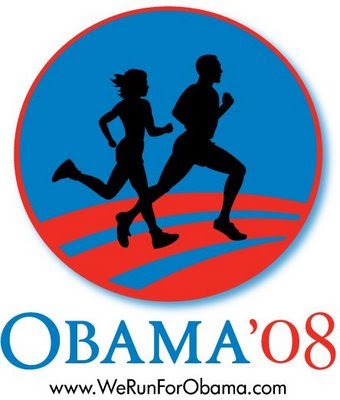 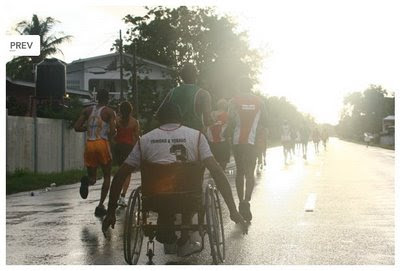 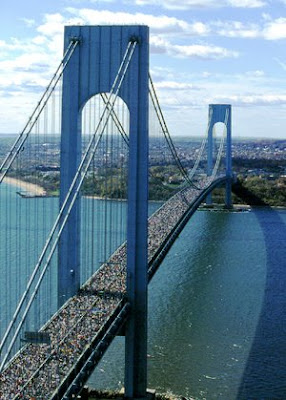 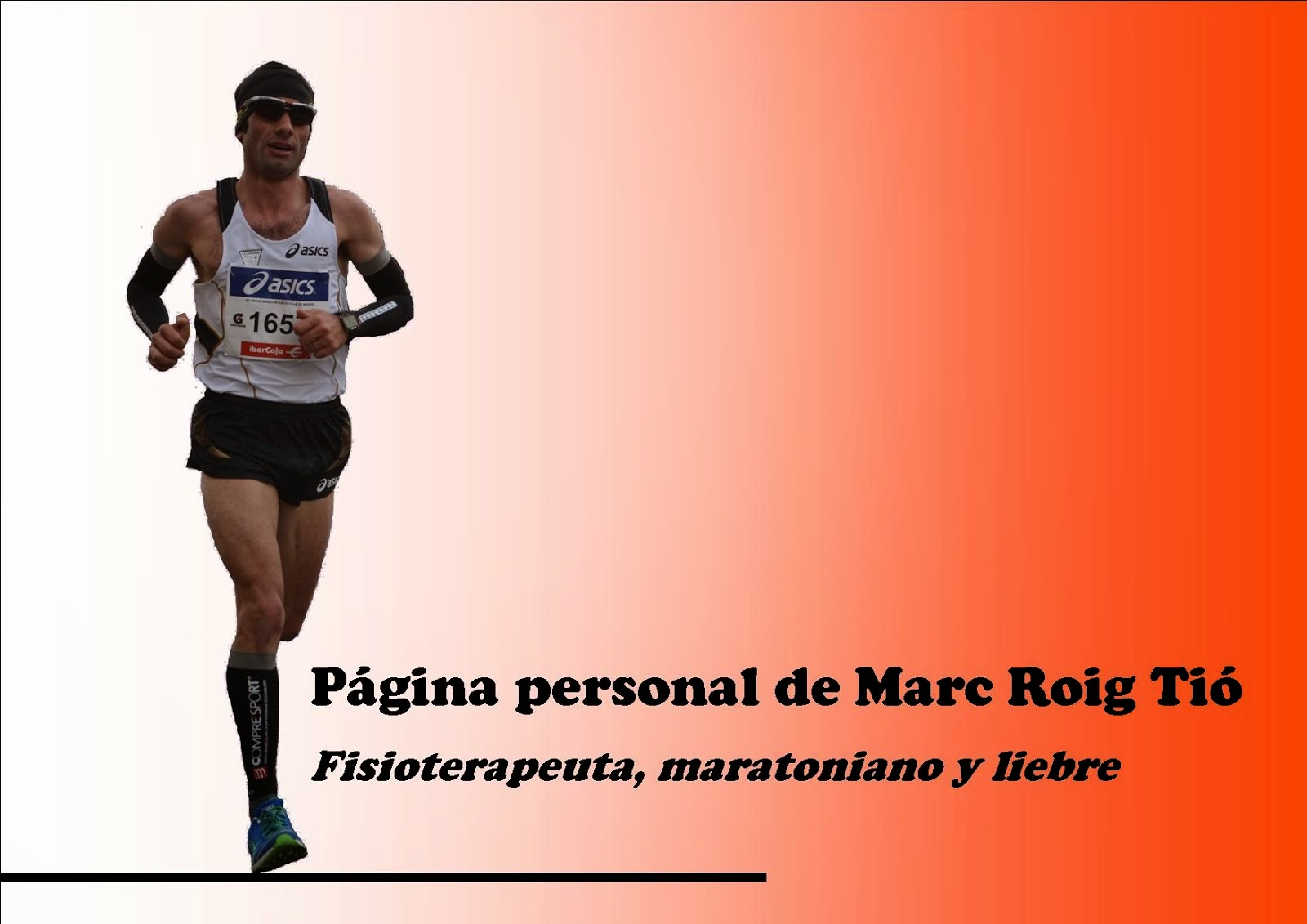